Maybe you know someone who had to get bailed out of jail or you’ve seen the process in your favorite TV show and it piqued your interest. Whatever your reason, understanding how bail bonds work might come in handy one day. The process of bailing someone out is fairly simple, but there are a few lending principles you want to be aware of before you decide to put your money up for someone’s bail. First, let’s take a look at what bail is, then we’ll get into bonds. 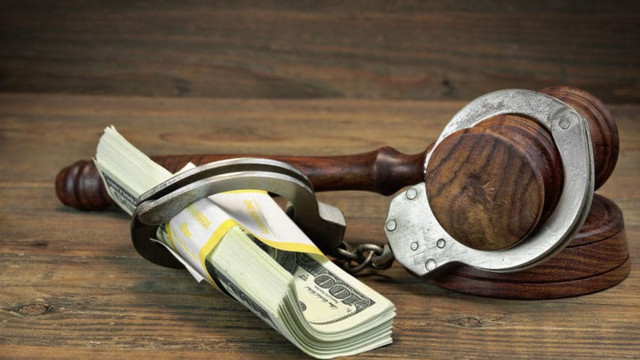 Bail is the amount of money that a court sets as an insurance policy between it and the defendant (person who has been arrested). If they pay the money, the courts will hold it until the person shows up for their court date or trial. After the appearance, the money is returned to them.

The only problem is that bail is typically a large sum of money that people can’t pay all upfront. That’s why bail bond businesses exist.

How Do Bail Bonds Work?

First, someone is arrested and charged with a crime. They’ll be put in the local or county jail, and a bail amount will be set for their release. They’re likely to call their lawyer or a family member and ask them for help. If that person is you, you’ll probably want to bail them out. You can find the bail amount on the jail website, or sometimes bail bonds offices will also list people up for bail and the amounts set for them.

Next, you’ll choose the bail bondsman you want to work with and visit their offer. To get a bail bond, you have to put a down payment on the total bail amount. Some bondsmen require a percentage, others a flat rate, so it just depends on who you work with.

The bondsman will put up the rest of the bail money to have the person released from jail. After they make their court appearance, the bondsman will return a portion of your money to you—what you paid minus their fee.

Bail bonds make it possible for people to be bailed out of jail even if their bail is set higher than what they can pay immediately and get most of their money back after their court date.